Over January–March, CLS in partnership with Orchestras Live worked with six secondary schools in Chelmsford. Students from Year 7 upwards worked with John K Miles over a series of workshops to devise a new piece to be performed at Chelmsford Civic Theatre on 17 March. Read on as John reflects on the project.

I chose to base the project on The Golden Ratio as it was a potential treasure trove of starting points for creativity. Looking at Leonardo da Vinci’s concept of physical perfection in portraiture versus today’s ’selfie culture’, we discussed The Nature of Beauty, particularly in terms of imperfection being beautiful. The resulting work formed the basis of our libretto. I also used The Golden Ratio as a musical starting point using the first five numbers in The Fibonacci Sequence 0,1,1,2,3 as a basis for rhythmic starting points. We gave particular focus to the ratio between 3 and 2 within a ‘1’. Ultimately all the rhythmic and melodic material referred to these numbers in some way.

The Nature of Beauty was composed in response to creative workshops with 130 open access participants from six Chelmsford secondary schools. The work was done over 3–4 sessions in each participating school. I supplied some musical and narrative starting points to the first session and from there we worked on playing rhythms, composing melodies and writing libretto. In response to these initial workshops I developed the main themes for the piece, which I then took back to workshop 2. From there I completed the piece and the later sessions were focused on rehearsal. The piece was scored for all participants to play alongside City of London Sinfonia. 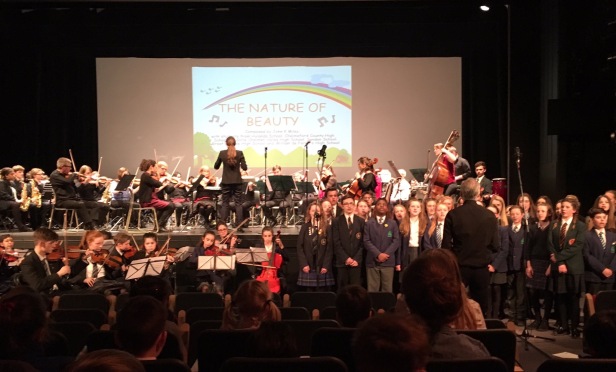 The new piece formed the finale of a concert of popular orchestral music chosen by the participants. The concert was also presented by the participants, with input from myself and representatives of Essex Music Hub. The participants came from a range of informal and formal musical backgrounds. Some could read music, others could not. The level of musical experience was varied, but for many it was their first experience of playing with, and listening to a professional orchestra. 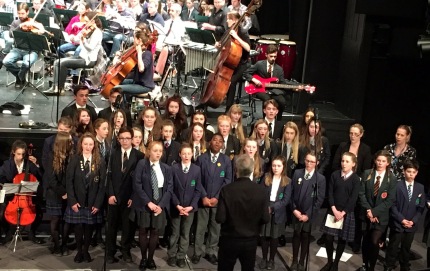 Using a creative approach allowed us to work on the balance between bespoke challenge and enjoyment and the outcome was a huge success. The participants performed brilliantly in the final concert and it felt like we’d set them up to succeed in a professional performance context. I hope the schools enjoyed working together to make music alongside a top class professional orchestra! I have personally been very inspired by the possibilities that we began to explore together in this project and I hope to develop this project further in the future.

Watch some of the final performance of The Nature of Beauty in a video filmed and edited by students involved in the project:

Find out more about our educational and community-driven projects in our Meet the Music programme on the CLS website.